Should mobile phones be banned in school?

Last month the NSW Minister of Education ordered a review into the use of mobile phones in school grounds, and will ultimately decide if smartphones should be banned from all schools in NSW.

While cyberbullying, smartphone addictions and distractions from school work are the main reasons this review is called for, many researchers have found that smartphones do have their place in school and in education.

Research has shown that smartphone can support the development of digital literacy – an essential skill both in higher education and in the future workplace. Indeed, a report published by The Foundation for Young Australians on the most important skills in the workplace in 2030 predicted that early-career jobs like pharmacy assistant or teacher would spend on average over 10 hours more per week on tasks that require digital skills. In fact, an analysis of 4.2 million job ads revealed that since 2012 the demand for digital skills has increased by more than 200%.

Just as gamification has been flourishing in the healthcare sector because of its capability to motivate and engage users, researchers are using it in the education sector too. Some make use of the badges and achievements structures that are commonly used in video games to help keep students motivated and engaged, others develop mobile app games to help students improve their literacy. The common theme here is to draw upon the features that are attractive to the students and turn them into useful tools that can aid their education outcome.

Even the humble SMS can be a powerful tool for education. An article from the New Yorker named Helping the Poor in Education: The Power of a Simple Nudge highlighted how text messages can prompt students and their families to make small behavioural changes that would make a big difference in learning. The direct, instant and non-intrusive nature of SMS makes it the perfect tool for behavioural nudge.

The use of SMS as classroom polling system can help students who are introverts or too shy to contribute in class to participate comfortably without the fear of pressure or scrutiny from their peers, thus promoting active participation among these students.

Is it banning or promoting hidden use?

Research from Roy Morgan back in 2016 revealed that 91% of Australian teens aged 14-17 have a mobile phone, of which 94% are smartphones. Fast forward to 2018 the number is likely to have increased. With the device being so ubiquitous for students nowadays, is banning them from school really practical? Would it simply encourage hidden and underground use among students? Or would we end up with a situation like the New York City when mobile phones were banned from school* – giving rise to cell phone storage businesses near schools?
*New York City ended its ban on mobile phones in public schools in 2015

Is the mobile phone the real problem?

A study on student phone access and the achievement gap revealed that mobile phone bans have very different effects on different types of students. The study found that banning mobile phones improves performance for the low-achieving students, but has no significant impact on high achievers.

This suggested that mobile phone use in schools disguises some much deeper underlying issues. While on the face of it, banning it altogether might be a positive step towards eliminating educational inequality, the root of the real cause is yet to be addressed, and it’s likely that we will soon find another device to blame.

I'm the Marketing Manager at Esendex Australia, with a background in journalism. I'm passionate about storytelling and the ever-changing world of emerging technologies. 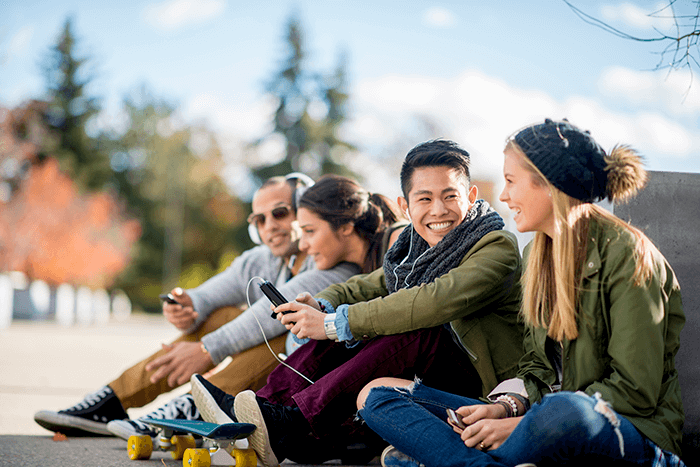 Should students be allowed to use mobile phones in class?

Mobile phone use has always been restricted in schools, but has this become outdated? Have a read of… read more