The evolution of communication

Thanks to SMS, communicating with many people can take only seconds, but we’ve had thousands of years to get to this point. So let’s recount, up until today, the greatest developments in communication across the ages which lead us here. 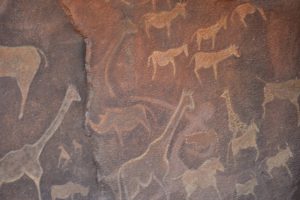 The ancient Egyptians developed a hieroglyphics system that depicted symbols written to represent sounds spoken. Thus, language could be written for the first time.

Smoke signals were used to convey messages among many cultures, one of the earliest was the Chinese. Guarding the Great Wall of China, soldiers in one tower would create smoke signals to warn other towers of impending danger. The signal would pass its way down the chain of towers. The warning of danger was a message that was able to travel many hundreds of kilometers in only a matter of hours.

This was the beginning of the mass production of books. It also meant the quick and easy spread of information, unchanged, to huge audiences for the first time ever.

For the first time, people could communicate across vast distances almost immediately! (Well, kind of.) Samuel Morse’s invention used electric signals of dots and dashes to transmit through the wire.  After deciphering this code, you had your message.

First patented by Alexander Graham Bell, the first telephone looked largely like the telegraph but was able to transmit sound through wires. This was a huge advancement in communications.

Ray Tomlinson created email as the result of experimenting with the program SNDMSG. He used a file transfer protocol that he was working on called CYPNET. The First email was actually sent between two computers that were sitting directly next to each other. The email content was “QWERTYUIOP,” usually the top row of letters on a keyboard.

Weighing 785 grams, the 8000X was so big and heavy that it quickly developed the nickname “The Brick.” You could also use it for a solid half an hour before the battery gave way. It’s hard to believe that all of this became publicly available in 1984 for the bargain price of just under $4,000— which would be worth more than $9,000 in 2014 dollars.

The first ever text message was sent on December 3, 1992 by Neil Papworth, a 22-year-old engineer. He used his computer to send a simple and short message to an Orbitel 901 mobile phone. The message said “Merry Christmas” (we think it’s much better than the first email.) SMS quickly surpassed the traditional phone call as the preferred means of keeping in contact.

Statistically, 98% of SMS messages are opened (Frost & Sullivan) and are responded to within 90 seconds on average (CITA). With direct connections to the major telcos, we have one of the highest delivery rates in Australia. Sending your message via SMS with us is not only the quickest way to reach a lot of people, but also the most reliable.

To learn more about the quickest, simplest and most effective means of communicating today give us a call on 1300 764 946 or email us at sales@esendex.com.