Should staff wages be based on customer satisfaction?

With Uber having a huge impact on the taxi industry, many taxi companies are trying to understand how they can compete. Many people have stated that the service from Uber drivers is better than from a taxi driver, and this could be because Uber drivers are rated on their app.

One taxi company, an Esendex customer, recently started using SMS Surveys to gather feedback from their customers in regards to their taxi journey to find such information.

In order to improve customer service, they are using the results from these surveys to calculate the amount of bonus each taxi driver is awarded. This got us thinking; would more organisations benefit from staff incentives being incentivised on customer satisfaction?

Is customer satisfaction important when assessing the performance of a company?

The High Pay Centre’s white paper on Performance Related Pay would suggest so. In fact it is clear from this graphic that directors say customer satisfaction is the most important metric for assessment.

However, the same report lists the following as the determining factors for performance-related pay:

This seems to be fairly contradictory. Whilst directors are saying customer satisfaction is the most important factor in a performance reviews, in reality the emphasis on financial measures is overwhelming the popular measure on staff bonuses.

As new digital methods for measuring output become available, performance related pay is becoming ever more popular. However, it’s much easier to measure the output of a factory worker or sales executive than it is a teacher or doctor.

In the UK, the public sector began to phase out automatic incremental pay progression in 2015. This is the process whereby people get pay rises based on time served, and not on a genuine increase in competency. There is an assumption that time serve in a role always increases competency, and it does so at the same rate for everyone.

Although the public sector does have the power to withhold these increases in pay, it rarely does “as there is a culture of people moving up the pay scale irrespective of their performance”(Source). This can have negative impact on morale, as employees feeling that regardless of their efforts they will receive the same reward as their peers.

On paper, performance-related pay seems to be the best way to reward staff. The harder you work the more money you can make. However, it has also been blamed for “emphasising quantity over quality, overusing machinery, breakdowns in team work… extra stress on the job, and poor health” (Source).

This is an open debate, and as is suggested by a motivation study by Herzberg, job satisfaction is in fact less reliant on salary:

It appears that achievement and recognition are more than twice as important as salary.

Not too dissimilar to company performance, financials tend to take centre-stage, despite the body of research pointing to customer satisfaction and employee achievement being the most important factors.

Could company performance and staff motivation be improved by customer satisfaction-related pay?

Practically speaking, gathering customer feedback is more cost effective and quick than ever before; SMS Surveys have been found to be particularly effective, garnering up to three times more responses than surveys delivered via an app.

Customers that have interacted with a call centre agent, received a parcel, received medical attention or any other such scenario, could have their satisfaction measured through a followup survey, simply asking for a rating our of 10. Or were they satisfied, yes or no.

That data can then be fed into a CRM system and result in either a financial implication or job recognition such as an award, promotion or simply a pat on the back for a job well done.

A lot of organisations talk about putting the customer at the centre, however very few genuinely do it in a way that gives the customer a voice. It will certainly be interesting to see how many companies adopt this process of measuring and awarding their staff. 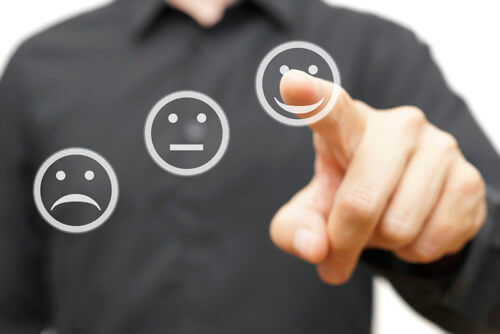