Save 98% of time spent in appointment confirmation by using SMS 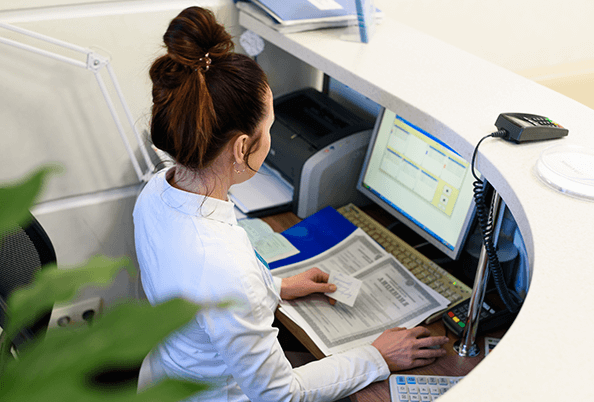 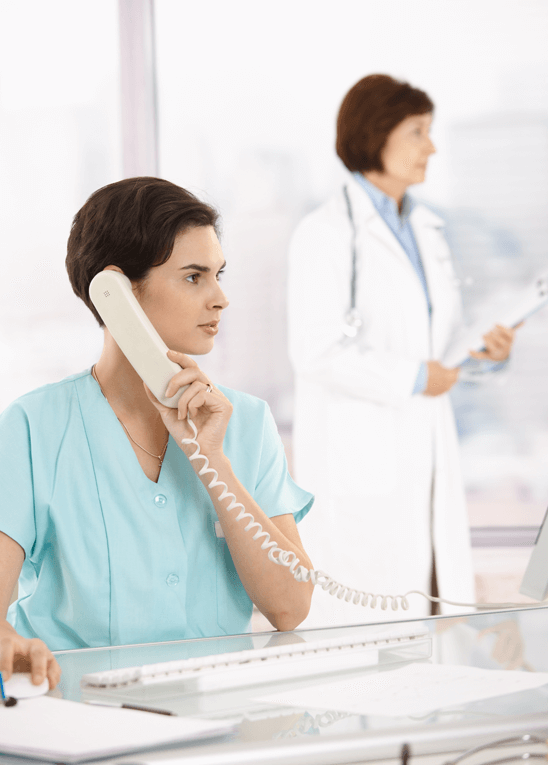 What challenges did the Rockingham Peel Group face?

Rockingham Peel Group clinics had been using phone calls to contact patients for clinic bookings, cancellation and rescheduling. Yet they were faced with a very low response rate mainly due to the fact that phone calls dialing out from the clinics are a private number, and are often mistaken as spam calls, hindering the recipients’ desire to pick up the phone call.

Often they would have staff members spending the whole of their 7 hour shift trying to book 10 patients in and it still wouldn’t fill up all the appointments for one clinic day. With 6 staff members managing 1300 clinic days across all sites, it has become a very difficult and inefficient process, and the team were only able to fill up 40% of the available appointments.

It is not uncommon for the clinic day to be cancelled the night before or on the morning of the day. Notifying patients in such a short notice became even more difficult when patients aren’t answering their phone. And when patients turn up at the clinic to find out their appointments have been cancelled, it makes for a bad patient experience.

Due to the strict privacy act, the clinics cannot use email to contact patients. In fact, any communications system that’s deployed by the group must be approved by the Department of Health to ensure data security and that patients’ privacy is being protected.

What were the Rockingham Peel Group looking for?

The Rockingham Peel Group came to Esendex to seek a solution that could fulfill the following requirements:

How was this achieved?

The Rockingham Peel Group now uses the Esendex SMS service to notify patients when a time slot becomes available due to cancellation or rescheduling. A bulk SMS will go out to all patients who are on the waiting list; patients can then reply to the text message saying that yes, they would like to take the time slot. When the appointment has been taken up, a text message will go out again saying that the appointment has now been filled to avoid any confusion.

In the case of a clinic day being cancelled, a bulk SMS will be sent to all patients who have a booking for the day notifying them of the change. With the use of templates and contact groups, the whole process can be done in just a few minutes; and because SMS has a 94% open rate, the staff can rest assured that patients will be notified about the change.

What are the benefits for the Rockingham Peel Group?

SMS has also enabled staff to notify patients pretty much instantly if clinic days have been cancelled. Instead of making numerous phone calls, an SMS can be sent to all the patients in under 2 minutes, ensuring everyone will receive the notification.

The patients really welcome the change and engagement has increased. While they previously ignored phone calls from the clinic fearing that it was just another spam call, they now respond to the SMS straight away via either a text message or a phone call to the clinic to take up the free time slot or reschedule, making the booking process much more effective.

Since the staff don’t have to spend an entire day trying to rebook patients, they are able to reinvest their time into other tasks like processing hard copy records which is directly related to their funding and will help grow and expand their service. 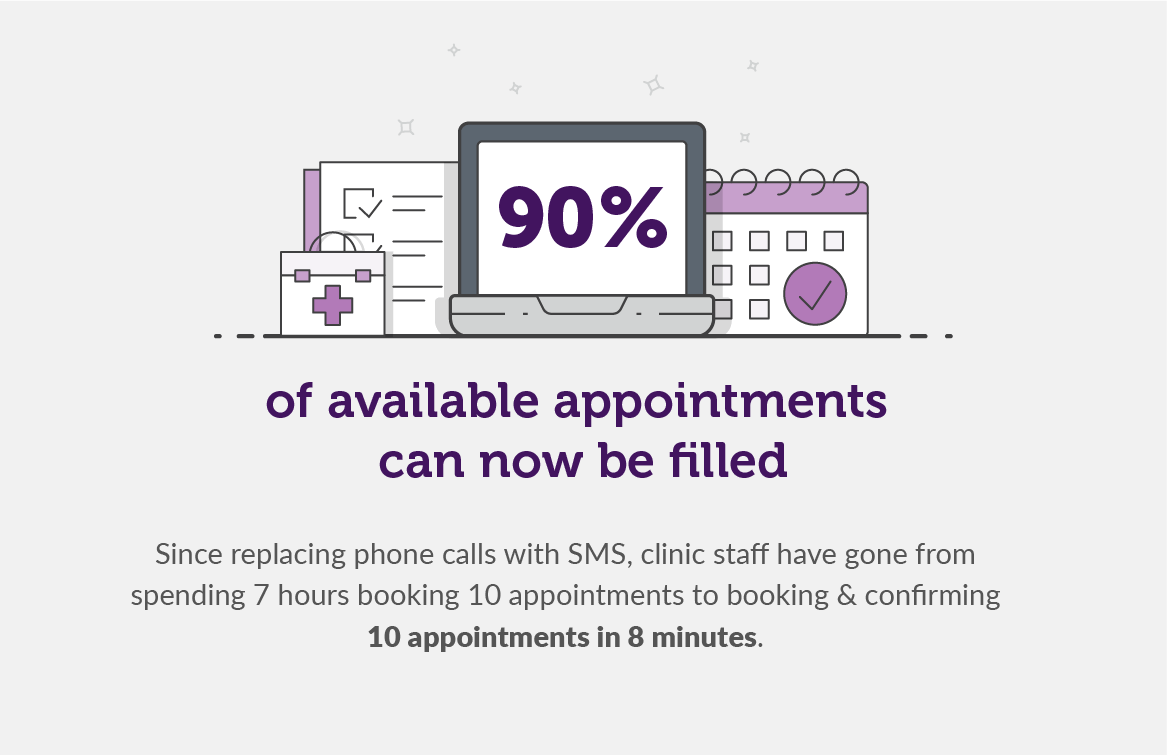 “Since using Esendex the service has significantly improved efficiencies for clinic bookings, cancellations and rescheduling processes.”


More use case from the Rockingham Peel Group


After having such success with SMS, the Rockingham Peel Group expanded the use of SMS into staff rostering within a week.

Historically, when a shift becomes available, the clinic will contact their casual staff via phone calls attempting to fill the shift. Yet issues around favouritism was raised on certain occasions, and staff members felt that the system lacked transparency and fairness.

By using SMS, they are able to contact all casual staff simultaneously, and whoever replies first will get the shift. This enables the clinic to have written records on when was the messages being sent and whose replies came in at what time in case there’s a complaint or concern raised over favouritism.

This change of communication mode was well received by the staff, and use of the Esendex SMS service has since been expanded to the physiotherapy clinic and by the nursing staff. 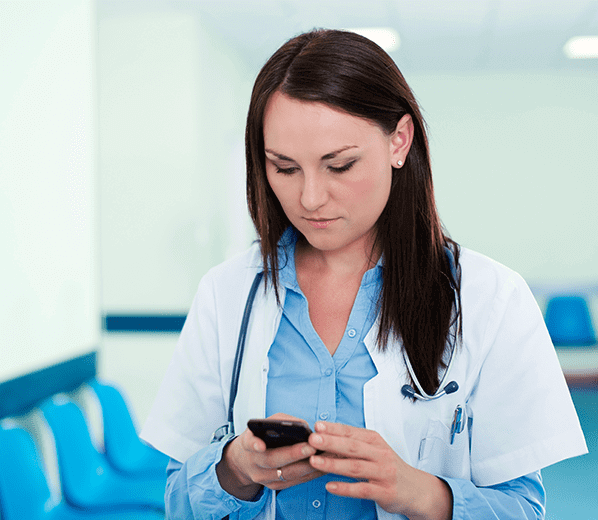 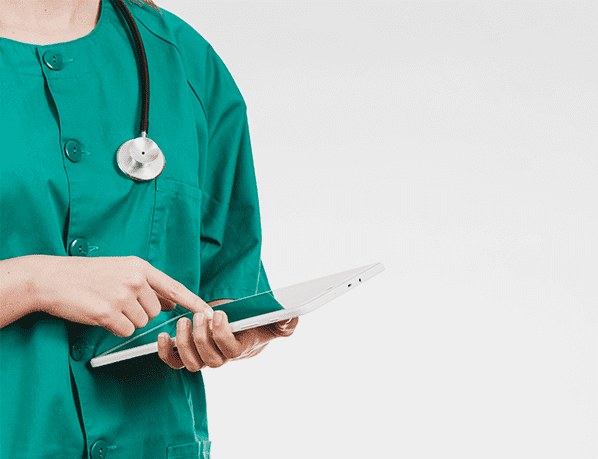 “The Esendex service has significantly improved efficiencies for clinic bookings, cancellations and rescheduling processes. This has allowed us to invest the time saved in other operational areas previously competing for the same resources, and has contributed to improved outpatient outcomes overall for the organisation.”

"The Esendex platform is very user friendly. We found the admin feature particularly useful as it gives us visibility to what each user did and help us to keep track of things. Our account manager Leah is brilliant and has been a wonderful help for us with her great source of knowledge."

Back to Customer stories