The end of email? 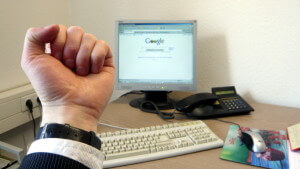 Have you ever left your email inbox unchecked for a few days and been overwhelmed with the amount of emails you had to sort through? Well some companies have said enough is enough with the medium that once seemed a godsend.

Now that emails from co-workers full of cat pictures can be so frequent that important information is buried in a sea of emails, your inbox is so unorganised that you can’t find anything. With this in mind it seems email technology is not as effective a means of internal communication as we once thought.

That’s why some businesses are going back to basics, having real face-to-face conversations instead, or turning to other mediums. One such business is Brisbane-based facilities management provider Talio, who have recently banned emailing between staff members. The medium is now used sparingly, and only in relation to client communication.

The move comes in response to excessive emailing among co-workers—on weekends, public holidays and evenings—to communicate ideas. While this kind of enthusiasm might seem beneficial, the extra level of constant contact was tiresome and problematic for employee stress levels.

The Australian Psychological Society had found one of the causes of work-related stress was “checking work emails at home”.

Email’s biggest limitation though, is the inability to convey messages clearly enough.

American psychologists, Justin Kruger and Nicholas Epley, have claimed “people overestimate both their ability to convey their intended tone when they send an email as well as their ability to correctly interpret the tone of messages others send to them”.

In their research they found the reason for this is “egocentrism”, where people have difficulty detaching themselves from their own perspectives and understanding how other people will interpret them. This makes communication via email among colleagues somewhat inefficient due to the ambiguities of meaning.

Abandoning email in the workplace however isn’t a new phenomenon. Forward-thinking execs have seen the hazards of workplace emailing and sought to eliminate the medium’s presence in the office for years. In 2011, Thierry Breton, CEO of Atos—one of the largest information technology companies in the world—began plans to eliminate email as a communication and collaboration medium within his company.

“If people want to talk to me, call or send me a text message,” said Breton.

Do you think banning internal emails would be helpful or destructive to your work environment? Leave us a comment below!

A bit of Love from the UK this week

One of the exciting things about working for a global, innovative and motivated company is that things… read more

Are mobile phones endangering our hospitals?

Have you ever used your mobile phone in a hospital and been given a look of disgust? Or perhaps you’re… read more

New SMS warning system could save lives in Nepal

Isn’t it great to see technology harnessed for the right reasons? It’s easy to forget how amazing… read more